The Electronic Monitoring Program (EMP) is an alternative to incarceration. The Sheriff or his/her designee will determine who can participate in the program. The courts, probation and parole and the district attorney cannot order an inmate into this program although their recommendations, along with any recommendations from physicians, counselors and family members, will be considered and weighed when making the decision. All requests will be reviewed and an extensive background check will be completed. The results of this check, along with any recommendations the offender may have received, will determine if the offender qualifies and will determine the appropriate amount of time they will be placed on EMP. 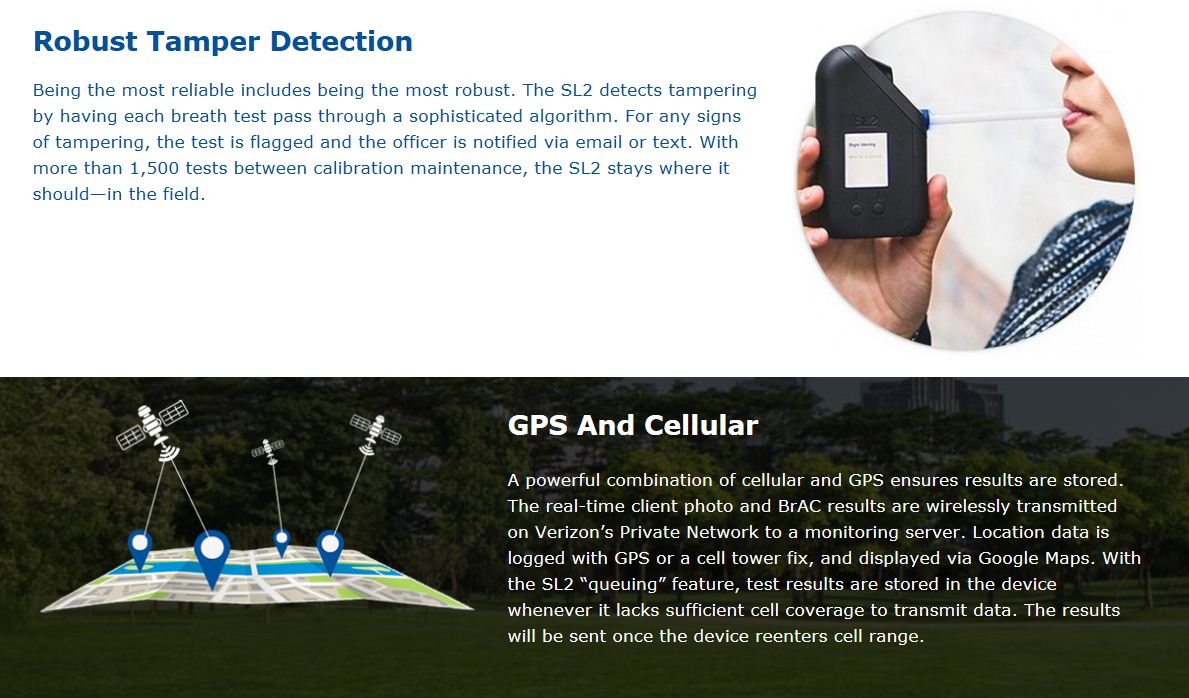 Alcohol-related offenses have created backlogs in courts and have been a major contributor to jail and prison crowding. BI TAD offers judges and corrections agencies a sophisticated tool for releasing OAWI offenders to the community with sobriety conditions. BI TAD measures ingested alcohol through a sensor that rests firmly on the client's skin. This continuous alcohol monitoring device measures offender alcohol use via vaporous or insensible perspiration passed through the skin. Below is an example of an activity graph which monitors alcohol use, Skin temperature and if an offender tampers with the unit.

With a single, ankle-mounted tracking unit, ExacuTrack One relies on available GPS data and other location monitoring technologies to accurately track an offender’s movement within local communities. ExacuTrack One combines many location technologies, including autonomous GPS, assisted GPS and AFLT (Advanced Forward Link Trilateration), to achieve reliable monitoring data. By using this mix of technologies, the system can maintain an accurate position on the monitored individual, even in more challenging conditions, such as indoors, moving vehicles or among very tall buildings. Below are some examples of mapping offenders as they travel to and from approved destinations.

Another nice feature of the GPS unit is we can build exclusion zones which will alert us if an offender goes somewhere they are not allowed to be. Below is an example of what this looks like. 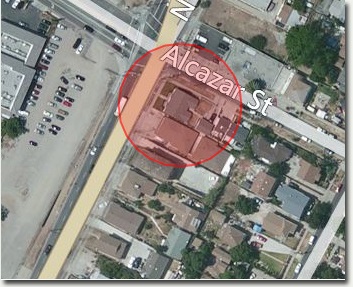 Sheboygan County contracts through BI Inc. for equipment and web based monitoring.

BI Incorporated's storied history highlights a continual commitment to technological innovation and quality. Today, BI continues to introduce innovative approaches to the corrections industry by using the latest technology available and implementing evidence-based practices and programming. This is all achieved while maintaining a world-class quality standard, ISO 9001:2008.

BI was formed in 1978 in Boulder, Colo., as an engineering and consulting firm involved in research, development, and manufacturing within the Radio Frequency/Identification market. The development of the "electronic bracelet" was inspired by a Spiderman comic strip in 1977 read by Judge Jack Love, a New Mexico district court judge. In the comic, Spiderman was being tracked by a transmitter worn on his wrist. The judge convinced a computer salesman and his company to develop a similar device. In 1985, BI acquired this New Mexico firm, called National Incarceration Monitor and Control Services, to complete the development of this concept. BI began rolling out radio frequency offender monitoring systems in Florida, Kentucky, Oregon, Utah, Michigan, and Indiana for correctional agencies who viewed this as an alternative to detention.

In 1990, BI acquired a firm in Anderson, Indiana, called Security Research. This site became the future home of BI's sophisticated 24/7 national monitoring center, the BI GuardCenter®. Throughout the 1990s, BI rolled out various offender monitoring technologies, such as BI 9000®, BI Drive-BI®, and other radio frequency-based systems. BI also continued to acquire firms such as Guardian Technologies of Cincinnati, Ohio, to gain additional expertise and patents helpful for future product development.

In 1995, BI earned ISO 9001 certification for its quality management, manufacturing, monitoring operations and customer service processes. BI has maintained this high level of quality to date and is currently ISO 9001:2008 certified.

In 2000, BI introduced its next generation monitoring system, HomeGuard® 200. This electronic monitoring system became the most widely used electronic monitoring system in corrections history. In the same year, BI introduced an alcohol compliance system called BI Sobrietor®. Since 2000, BI has accelerated its drive to meet the needs of community corrections with many products and services such as GuardWare® on the Web, a "lights out" system that allows officers to conveniently access and manage client data remotely through the Internet.

In 2008, BI celebrated its 30th anniversary. While this summary highlights the major milestones, BI has introduced many other products and services in the community corrections field that sets the company apart from other providers in the criminal justice field. Today, BI has approximately 900 contracts with federal, state and local agencies for products and services.

To apply for the EMP program complete the application below.

Free viewers are required for some of the attached documents.
They can be downloaded by clicking on the icons below.