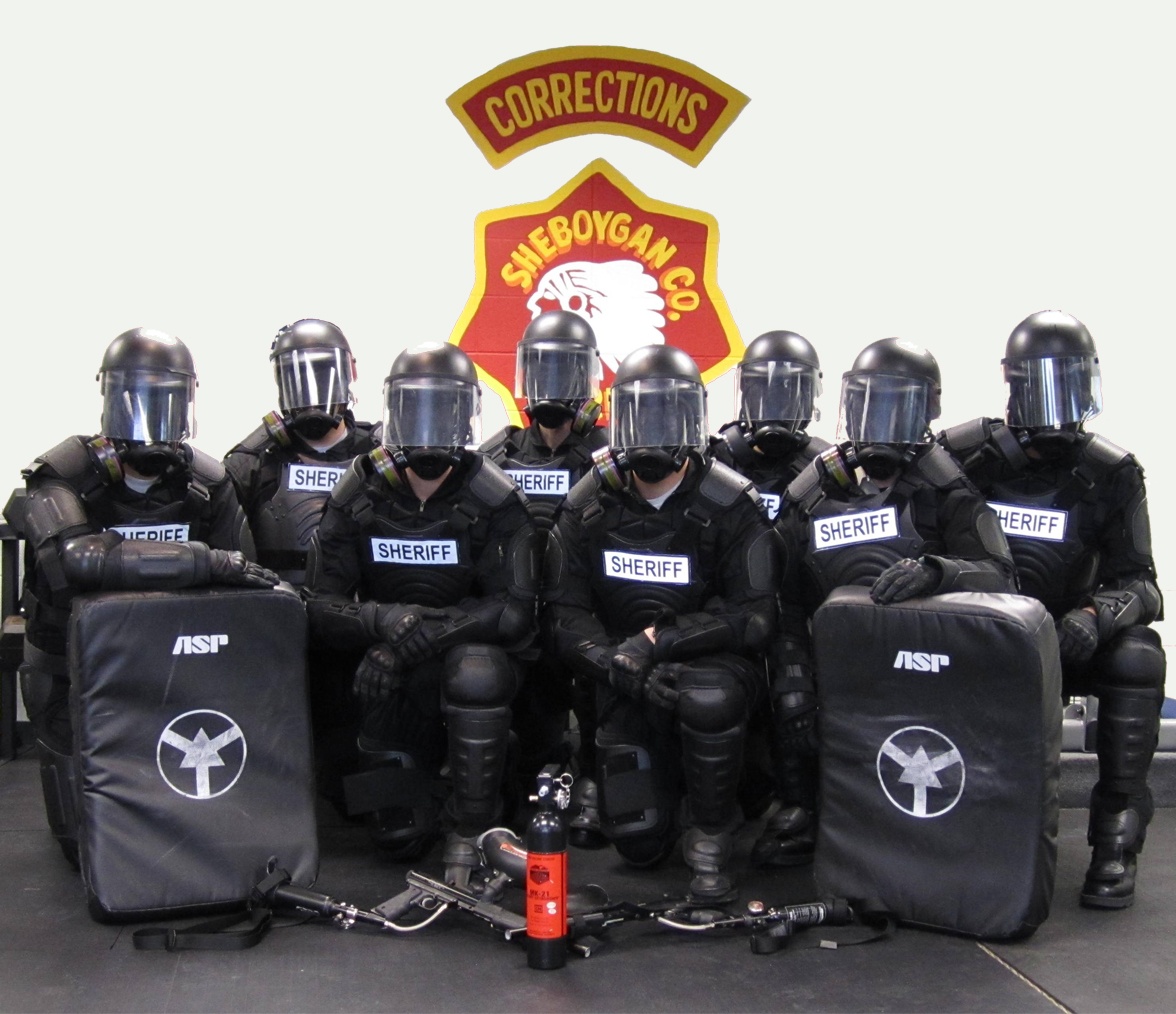 The Correctional Emergency Response Team (CERT TEAM) is a highly specialized unit of the Sheboygan County Sheriff’s Office Corrections Division. Its personnel are volunteers who are regular full-time employees and are expected to respond to disturbances 24 hours a day, 365 days a year. Team members are properly trained in Principals of Subject Control (POSC) and Intervention Options.

Sheboygan County CERT was developed in 1999 in order to have a pre-planned, tactical response to dynamic and potentially dangerous situations. Primarily, CERT’s responsibilities include stabilizing minor and major disturbances that threaten the safety and security of the Sheboygan County Detention Center. The team is designed to minimize injury to inmates and officers during cell extractions and riots. The team utilizes riot formations, aerosol launchers, and baton tactics to gain compliance from disruptive inmates.

CERT participates in rigorous physical and mental training on a monthly basis to remain proficient in their tactics. In addition, they have trained with neighboring tactical teams to supplement them during disturbances throughout Sheboygan County.