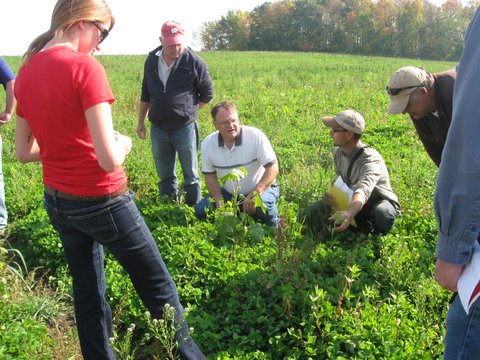 One of the challenges facing farmers in Wisconsin and nationwide is keeping sediment and nutrients on the land and out of rivers and streams.

The Nature Conservancy, Sheboygan County Planning & Conservation staff and other public agencies and private organizations partnered with landowners and farm operators in Sheboygan County to test a more efficient and effective way to do this, with the goal to improve water quality in area streams.

This approach, called the Wisconsin Buffer Initiative (WBI), used science to target conservation practices on those fields and pastures with the greatest potential for contributing nutrients to streams.

The project had great collaboration as 90% of the test watershed producers participated in some way, and, the State's first denitrifying bio-reactor was installed on a significant tile line running into Otter Creek.